Reeducation Camps and the Politics of Morality and Citizenship in Socialist Mozambique, 1974-1990 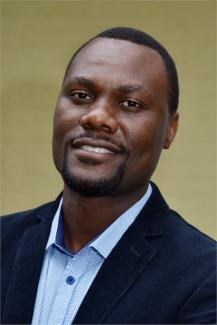 The socialist government of independent Mozambique built a network of internment camps, officially known as campos de reeducação (reeducation camps), aimed at reforming the moral outlook of Mozambican society and producing a new kind of citizen: the New Man. Machava’s talk, “Reeducation Camps and the Politics of Morality and Citizenship in Socialist Mozambique, 1974-1990,” charts the history of the camps and the ways in which the ideology that informed the reeducation program set the boundaries of citizenship in Mozambique.

Benedito Machava is assistant professor of Modern African History at Yale University. Raised and educated in Mozambique, he received his PhD at Michigan University-Ann Arbor. His research focuses on liberation struggles, decolonization, nation building, socialism and socialist experiments in Africa. His current book manuscript, The Morality of Revolution: Reeducation Camps and the Carceral Regime in Socialist Mozambique, 1974-1990, examines the politics of public morality, carcerality/punishment and citizenship in post-independence Mozambique. His research has been supported by fellowships from the Social Science Research Council, the Guggenheim Foundation, among others. Before joining Yale, Machava was a Cotsen-Link Postdoctoral Fellow in the Society of Fellows at Princeton University (2018-2020) and a History Lecturer at University Eduardo Mondlane in Maputo, Mozambique.

Co-sponsored by the Department of History