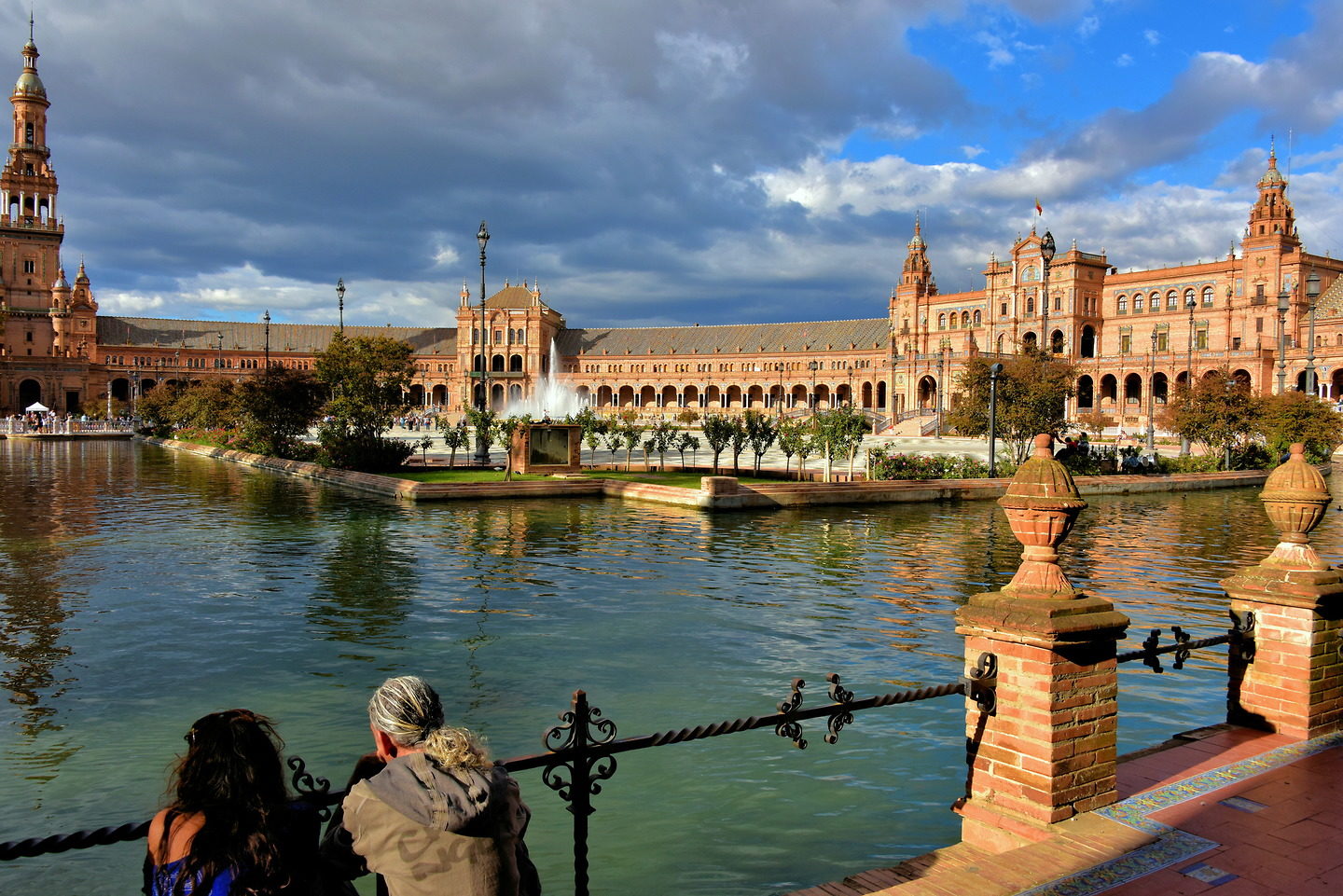 In early November, when many students are looking forward to Thanksgiving break, Africana Studies Ph.D. students Ezgi Cakmak, Brian Jackson, and Eziaku Nwokocha were making final preparations for their travel to Seville, Spain for the 9th Biennial Conference of the Association for the Study of the Worldwide African Diaspora (ASWAD). The conference took place from November 7-11, 2017.

“I decided to propose a paper presentation at ASWAD because it is the unique scholarly association focusing on the worldwide study of the African Diaspora,” said Ezgi Cakmak, fourth-year Ph.D. student in the Department of Africana Studies. Cakmak, who studies African slavery in the nineteenth-century Ottoman Empire and its racial legacy in the early Turkish Republic, commented, “I wanted to benefit from the opportunity to share my work on the African diaspora in the Middle East with the various scholars all around the world.” Her paper, “Sound Like Turkish, Look Like Turkish: Reading Surname Law through the case of Afro-Turk Community,” for the “State Violence, Subjectivity, and the Refugee Experience” session analyzed the impact of the Turkish Surname Law issued in 1934 on the African descent citizens of Turkey.

Brian Jackson, a second-year student in the program decided to attend the conference because he saw it as a “great opportunity to discuss questions of race, identity, and belonging in national or nationalistic contexts.” His presentation, “Moor Spanish than the Paella: Black Citizenship in a Country where Citizens ‘Can't’ Be Black,” for the “Contesting Concepts of Citizenship Through Migration, Commemoration and Religion” panel looked at national and social constructs of ‘the citizen’ in Spain.

“Personally, this conference helped me to academically brainstorm various ways of thinking of concepts of belonging, identity and citizenship (both social and civic) in relation to my current work in the Indian Ocean,” said Jackson. “A most memorable moment for me was being able to experience the academic conference with other Africana colleagues. I've been to academic conferences before, but being there with other Penn Africana students and interacting with scholars from around the country and world, was a very rewarding experience. I felt part of a community in a sense.”

Eziaku Nwokocha, a fifth-year student in the program, studies ethnographic research on gender sexuality, fashion, and material culture in Haitian Vodou, focusing on women in Jamaica, Haiti, and the Diasporic communities in Montreal and Boston. Nwokocha presented a paper titled “Adorning the Spirit: Clothing, Sexuality and Spiritual Exchange in Haitian Vodou,” for the “Cloth, Religion and Sartorial Power in Cultural Encounters” panel.

In addition to the students, Deborah Thomas, R. Jean Brownlee Term Professor of Anthropology, was a discussant on the “From the Dissertation to the Monograph: Publishing Your First Book” round table. She also provided a “sneak peak” of Four Days in May, her experimental documentary (co-directed and co-produced with Junior “Gabu” Wedderburn and Deanne M. Bell). The documentary explores the effects of the “Tivoli Incursion” in May 2010, when Jamaican security forces entered West Kingston to arrest Christopher Cook, wanted for extradition to the United States, and killed at least 75 civilians.

Anthea Butler, Professor of Religious Studies and Africana Studies, also attended the conference. “It was great to meet scholars from other countries and to learn more about the African diaspora in Spain. One of the reasons I attended the conference is because one of my students, Eziaku Nwokocha was giving a paper. The other reason I went is because I’m teaching a class that is cross-listed with Africana Studies next semester called Muslims, Christians & Jews: History & Memory in Spain. “I’ll be taking the class to Spain at the end of the spring term, so this trip was preparation for our trip.”

The significance of hosting a conference on the African diaspora in Seville did not escape the students. While there, Nwokocha went on a one-day excursion to the slave castles (prisons) in Niebla. “I was with my faculty mentor, Dr. Anthea Butler. We had wonderful conversations about the historical, contemporary, and religious presence of people of African descent in Spain."

“The city of Seville, with its important role in the history of the slave trade between Europe, America, and Africa, definitely enriched the agenda of the conference,” said Cakmak.