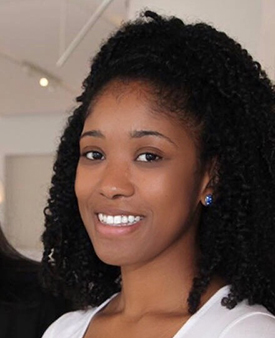 After graduation, Parsard began the doctoral program in American Studies and African American Studies at Yale University, where she pursued the Certificate in Women’s, Gender, and Sexuality Studies. She is currently the Postdoctoral Fellow in Critical Race Studies at the Alice Kaplan Institute for the Humanities at Northwestern University, where she has affiliations with the Department of African American Studies, the Latin American and Caribbean Studies Program, and the Asian American Studies Program. While at Northwestern, she will work on her first book project, Improper Dwelling, based on her dissertation, which examined British West Indian housing and planning as a project of spatial and racial order. She will also teach courses on the Atlantic and Indian Ocean worlds and on Caribbean literary and visual cultures.

Parsard recently reflected on the role that Africana Studies and its faculty played in her career trajectory.

As a first-year undergraduate at Penn, I decided to study Africana Studies and English after taking Professor Salamishah Tillet’s “African American Women Writers and Filmmakers” in the fall of 2007. During that semester, Professor Tillet encouraged me to think about pursuing a Ph.D. and I met students who would also go on to pursue Ph.D.s in related fields (Sydney Baloue, C’11; Brianna Ellerbe (Pressey), C’11; Ryan Jobson, C’11; Jasmine Salters, C’10; Petal Samuel, C’11) and I later benefitted from the teaching and mentorship of Professor Tsitsi Jaji, who is now at Duke University, and Professor Deborah Thomas. The project of Africana Studies at Penn was also linked, through Professor Herman Beavers’ work, to the Mellon Mays Undergraduate Fellowship, of which he served as faculty director. In community with the other fellows, many of whom were Africana Studies majors (in addition to some named earlier, Joshua Bennett, C’10; Jonathan Howard, C’10; and Rhaisa Williams, C’10), I had an occasion to dig into difficult texts and explore my early ideas about the legacies of slavery and Indian indentureship in the Caribbean.

At Penn, I learned that Africana Studies is the study of humanity, and this position has been central to my scholarship in the interdisciplinary humanities ever since.