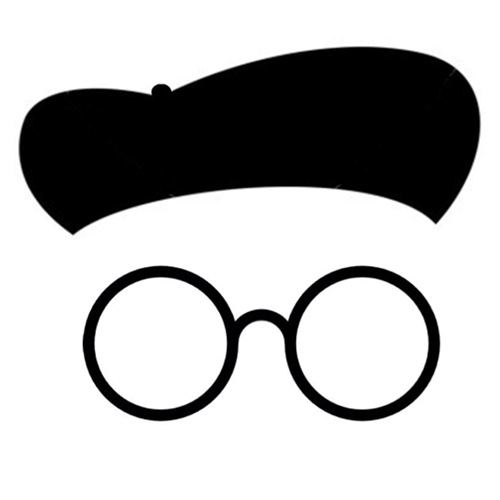 In February 2017, Garry Bertholf, Gr ’13, launched The Martyr’s Shuffle, an experimental magazine that assembles arts and sciences scholars who are working at the crossroads between the university and everyday political life. Former Africana Studies-affiliated graduate students and postdoctoral fellows Alden Young, Julius Fleming, Marina Bilbija, Darius Bost, Keren Weitzberg as well as current graduate student Celina de Sá, are among the editorial collective and contributors. We recently connected with editor and publisher Garry Bertholf about The Martyr’s Shuffle.

On the eve of the 2016 presidential election, I co-authored a small piece with my friend and former colleague Walt Hunter, who is an assistant professor of English at Clemson University, titled “Poetry After Trump”—a timely piece which was eventually published in Viewpoint; it was also translated into French by Marie de Quatrebarbes and republished as « La poésie après Trump » in the Parisian magazine Diacritik. At that time, then, I was living and teaching in the Upstate of South Carolina, where the imminent danger and probability of a Trump presidency seemed to be looming just a little bit larger than it was in, say, the pages of The New York Times. In fact, Walt and I originally intended to publish our piece as an Op-Ed for The Times, but it was rejected by the editors of “The Stone” Series Archive. When the “unthinkable” happened, we scrambled to find the right publication venue for our time-sensitive piece; but it took us about three weeks to place it—and some three months passed by before it was finally published.

So, the idea for The Martyr’s Shuffle emerged in part out of my own desire to have an “in-house” publication for junior scholars (particularly junior scholars of color) to be able to quickly publish time-sensitive pieces. And then in February, I wrote a small film review of Raoul Peck’s I Am Not Your Negro; and, at the suggestion of my close friend and former colleague Subah Dayal, the title of that piece also became the name of our Magazine—The Martyr’s Shuffle. And then I decided to bring Alden Young, who I met and with whom I worked as a postdoctoral fellow in Africana Studies at Penn, on board, and together the three of us kicked around ideas about the initial direction of the Magazine—indeed, Subah and Alden were instrumental in helping the project come to fruition.

How do you determine who submits pieces for the magazine? Who are some of the contributors, and how did you meet them/connect with them?

While the magazine welcomes unsolicited submissions, most of the initial pieces have been written by members of our “Editorial Collective.” Many of us are alumni and/or friends of Penn Africana Studies—me, Alden Young, Keren Weitzberg, Marina Bilbija, Darius Bost, and Julius Fleming. Most of the other members were recruited at scholarly conferences.

Is it correct to use the terms “experimental magazine” and “blog” interchangeably?

Sure—I mean, The Martyr’s Shuffle is technically a blog; but by calling it an “experimental magazine,” we’re also trying to conjure up the history of the avant-garde and the integral role played by little magazines in the historical development of modernism. Little magazines are making a digital comeback—and here I’m not just thinking about bigger magazines such as The Atlantic, Dissent, The Nation, The Progressive, or even Jacobin, The New Inquiry, or CounterPunch (important though they may be); I’m really thinking about smaller magazines like Viewpoint, Black Perspectives, Africa is a Country, and Brittle Paper.

What is your goal of The Martyr’s Shuffle?

Our goal is to think and write about the anxieties and realities (social, cultural, political, and economic) of our current historical moment.

Read more about the The Martyr’s Shuffle and read recent posts here.