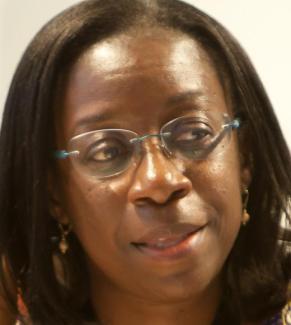 This paper is an opportunity to explore the evolving functions and status of ideas about the vernacular as an expression of what Sheldon Pollock describes as an attachment to ‘the smaller place’ rather than ‘the larger world’ from the perspective of African societies. The presentation examines the extent to which African conceptions of literacy and developments in literary writing from the mid-20th to the early 21st century in Africa appear to instantiate a process of vernacularization. As will be demonstrated, many post-independent governments from the mid-20th century in Africa did not appear particularly committed to a programmatic vision of vernacular literacy and were not seeking to create what Pollock calls a ‘vernacular polity.’ In the early 21st century, there are new nationalist movements emerging around Africa pursuing political autonomy on behalf of smaller places rather than a larger world. But support for smaller polities in Africa has not often been accompanied by a commitment to practices advancing the interests of languages that distinguish the smaller political unit from larger political units. At the same time, writing in the vernacular continues to grow for several African languages. However, much of this literature does not enter into the mainstream of African literature, let alone the mainstream of world literature. Still, the notion of the vernacular remains eminently useful even for those African authors whose works circulate internationally and usually in non-native languages, under the banner of world literature.

Moradewun Adejunmobi is a Professor and former chair in the African American and African Studies Department at the University of California, Davis. She holds courtesy appointments in the French and Comparative Literature departments, and is a member of the Performance Studies Graduate Group at UC Davis. She was the 2015-2016 President of the African Literature Association. Her research interests are in African literature and performance, popular media, and popular culture. She is the author of two books: JJ Rabearivelo, Literature and Lingua Franca in Colonial Madagascar, and Vernacular Palaver: Imaginations of the Local and Non-Native Languages in West Africa. She is also a co-editor (with Carli Coetzee) of the Routledge Handbook of African Literature.